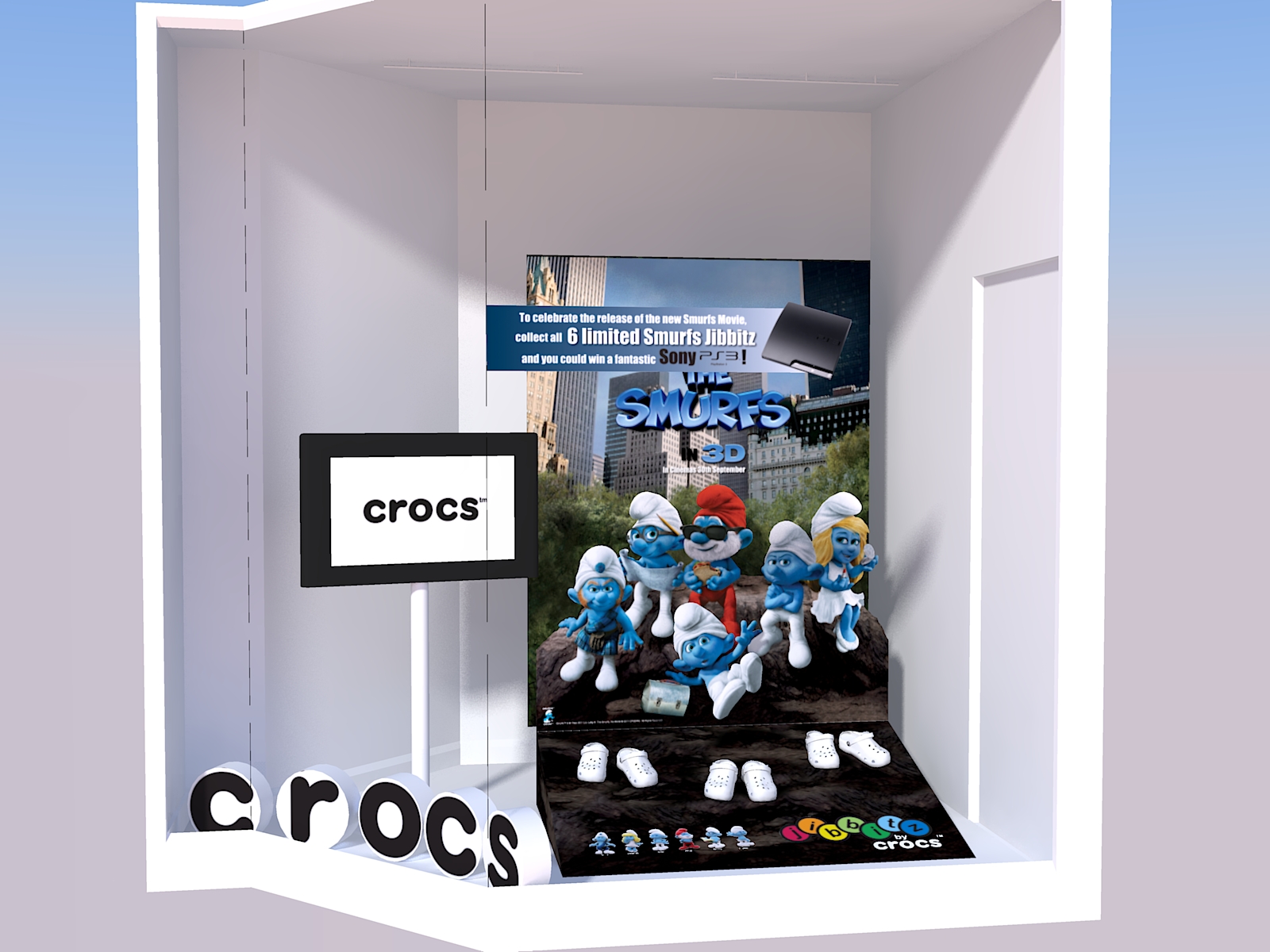 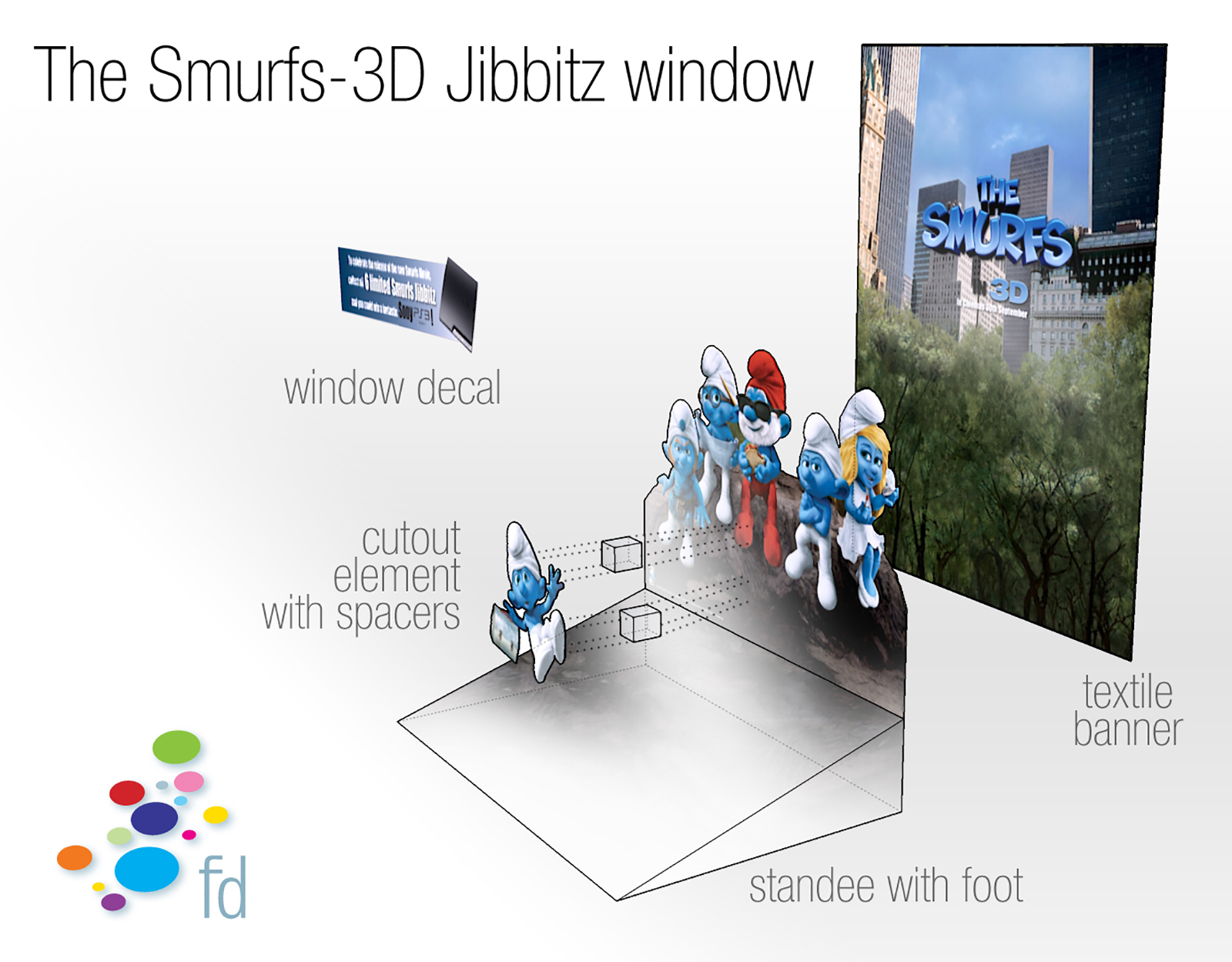 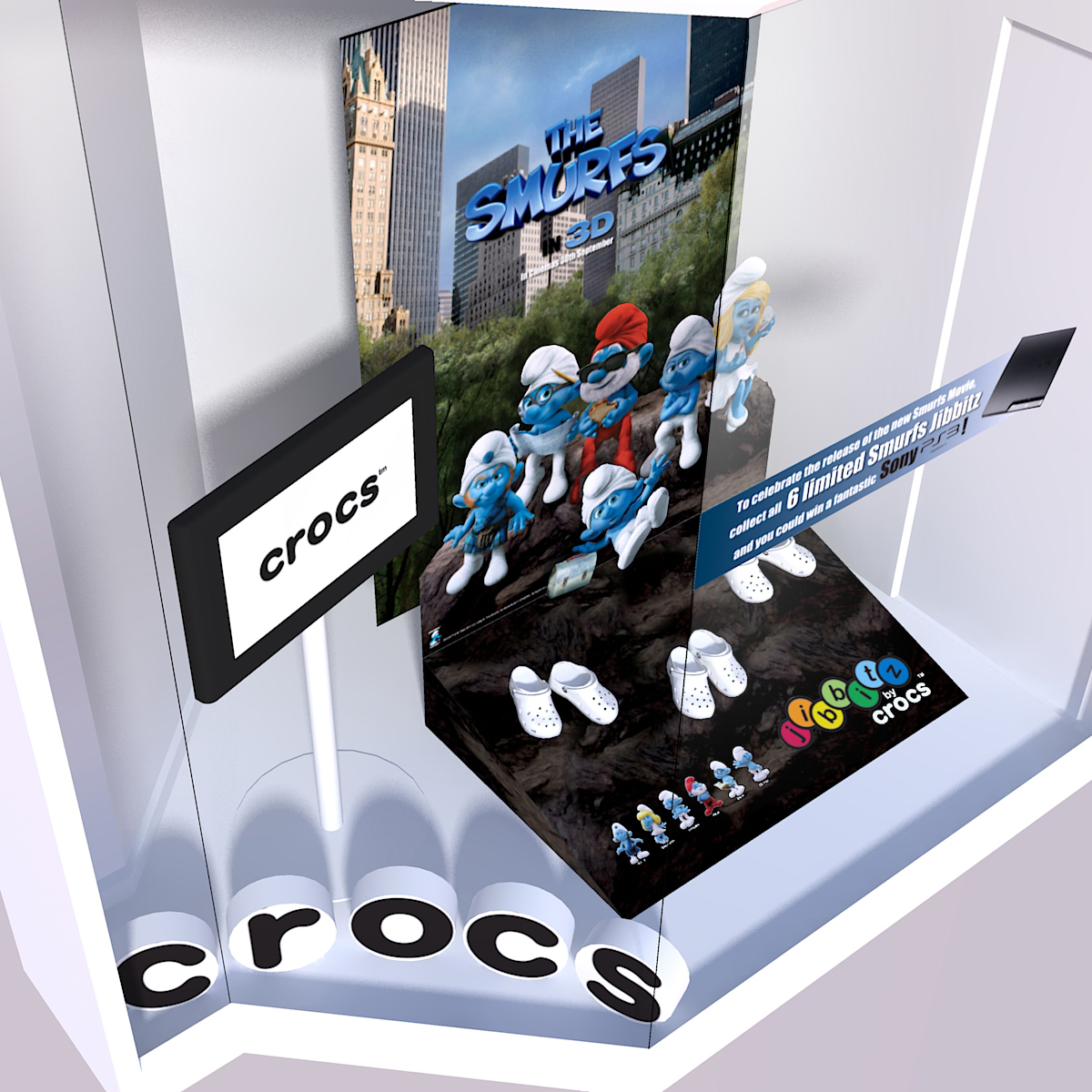 Crocs brought out a range of limited edition Smurf jibbits—small charms that attach to crocs shoes—to coincide with the release of the Smurfs 3D movie. The local franchises received plenty of POS elements from Crocs Global, but wanted to make a bigger splash using a window display. The budget was relatively small and they wanted the flexibility to move the display in-store. With this in mind we took inspiration from the floor standing displays used at movie theatres. Since the theme of Smurf Jibbitz was derived from a movie this seemed an appropriate solution and would also allow redeployment into the store later.

We rapidly mocked up the simple stand in 3D to give the Crocs marketing team a clear idea of what they where buying into. They approved the concept with a few small changes and then it was a race meet the tight deadline to be in-store in time for the movie release.

We partnered with a local digital flatbed print supplier to create the finished items which where distributed on time and within the budget.